ELEVATE YOURSELF WITH A CAREER IN ENGINEERING

We caught up with Irene Talento, Project Leader for British Gypsum, to find out about her engineering career with Saint-Gobain and her involvement with the National Association for Women in Construction.

For International Women in Engineering Day, we caught up with Irene Talento, Project Leader at British Gypsum to find out about her career in engineering at Saint-Gobain.

Originally from Italy, I relocated to the UK in 2017 after securing a Project Leader role with British Gypsum, part of the Saint-Gobain Group. Joining Saint-Gobain has given me the opportunity to be part of a dynamic and diverse environment and exposed me to multiple business projects and research challenges. Working at Saint-Gobain, I feel supported to grow my career.

I was given responsibility and accountability from the very beginning as I became involved in New Product Development projects that allowed me to pursue and achieve ambitious results. In this role I’ve learnt that optimising teamwork is key to project leadership success. Good leadership isn’t ‘my way or the highway’; it’s about building a culture of innovation. Creativity is fuelled by differing perspectives and backgrounds. Diversity isn’t just about equality; it’s about empowerment and collective growth. I’ve found these aspects to be most important for teams responsible for innovation like Research and Development. I feel proud to work with such a great team. 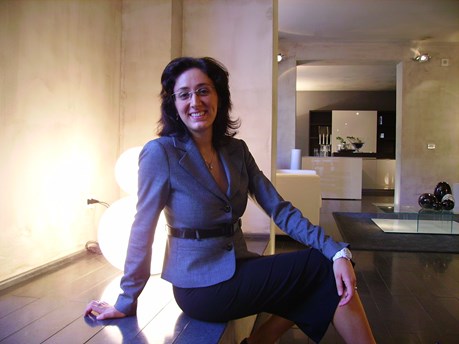 After achieving a Master's Degree in Humanities and Arts with honours at the University of Palermo in Italy, I decided to pursue a career in engineering. I succeeded in double majoring through a five-year Master’s Degree in Construction Engineering – Architecture (MEng (Hons)) at the Polytechnic School of Palermo in Italy, again graduating with honours. Shortly after this I achieved Chartered Civil Engineer status through the National Council of Engineers in Italy. I started my engineering career in the European Commission and became involved in European Environment Agency projects where I managed full project lifecycles for international work across Europe. I then went on to take part in research projects with the EU Commission funded LIFE Programme as a Technical Consultant in Cultural Heritage Management and Sustainable Development.

I have been an active gender equality advocate since I was at University and my commitment has increasingly grown within the last few years. Having interfaced with multiple project partners within the EU, I gained awareness of the lack of female representation at all levels across the construction sector, but particularly in leadership and senior management roles. To advocate for women in construction, I have built a network through continuous collaborations and relationships with Universities, Local Authorities and Councils. This activity involved running related seminars and attending conferences in the context of raising awareness of campaigns such as "International Women in Engineering Day" and the Women's Global Movement "If Not Now, When?". Through Saint-Gobain I have been able to build a network with colleagues in different countries and different brands which I find extremely valuable.

I recently attended the LondonBuild Expo, my first major conference since being in the UK, and I feel inspired by what I learnt. This expo is host to the largest gathering of women working in construction, registering 1,150 female visitors in 2017, and so was the perfect event to network with women in similar roles to myself. I attended the Women in Construction networking session, during which I learnt of the National Association of Women in Construction (NAWIC). NAWIC is an independent networking organisation set up to inspire and support women in the built environment. The NAWIC are partners of LondonBuild, as well as key industry figures such as Built by Both, Women in Property and the Federation of Master Builders. The goal of NAWIC is to offer females professionals operating in their network the opportunity to share their experience and get involved. Attending this networking session inspired me to volunteer as an ambassador for the NAWIC which I look forward to starting soon.

As an ambassador I will be facilitating the creation of an influential network within Saint-Gobain. This involves raising awareness of key activities (i.e. seminars, workshops and focus groups) mentoring graduates, new starters and aspirational young female professionals to achieve their goals. I hope this work will result in driving equality, diversity and inclusion across the UK's construction industry.

Interested in learning more about a career in engineering at Saint-Gobain? Head over to our careers website to find out more and search our current vacancies. 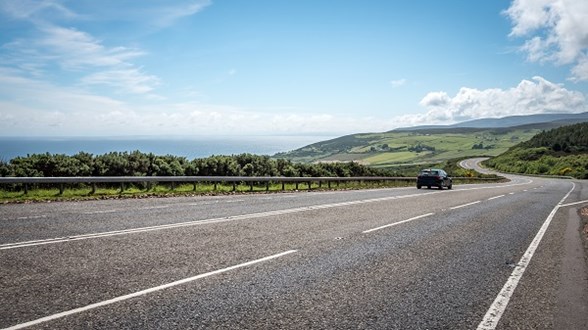 Saint-Gobain businesses Jewson and Frazer have been appointed as suppliers of road maintenance mater...

OUR PRODUCTS AND SOLUTIONS